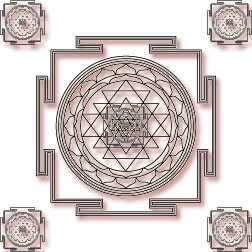 In previous generations, businesses could thrive on a narrow vision of its place in the world. Today superior management is dependent on an expanded awareness that successfully integrates and implements the traditional facets of business with dimensions that include self, community and the global enterprise.

The evolution of consciousness. What does that mean from the perspective of Ethical Trust and the business community? How do we discuss and present such programs without sliding quickly toward hackneyed clichés or retread ground that is well-worn by established enterprises in the business educational field?

Even the simple word consciousness – alone and by itself -- is amorphous, intimating many simultaneous interpretations. Any business program presentation featuring the word “consciousness” would undoubtedly elicit from potential audiences a range of responses – from admiration to skepticism to downright smirks.

Yet,Ethical Trust's core premise is based on the principle that the evolution of consciousness is quite real. To begin we might premise that consciousness, at least for an individual, is the awareness of one’s environments -- the experience of the exterior objective world with the so-called interior aspects of the self.

Simultaneously each individual participates in a community at large with similar ways of viewing themselves and their world. This shared and common perspective is the group consciousness. Whether a group consciousness consists solely as the common bond between individuals or exists as an independent supra-consciousness – independent of any one individual but dependent on the entire community - can be debated. We only need presume that the community does partake in a shared common perspective of how individuals view themselves and the world.

This communal sharing of a perspective (the cultural consciousness created by a group of individuals) also impacts, if not controls how we, as individuals, see, conceptualize and act in the world.

History documents how these cultural world views have changed over time in response to changes in technology, interactions between cultures, philosophic debate and scientific observation. The development of the telescope allowed Galileo and others to confirm the heretical Copernican idea that the Earth revolves around the Sun and that the self-evident world view that the Sun and planets revolve around the earth is false. Despite the fact that few of us have any direct empirical evidence that the Earth does revolve around the sun, we now accept the idea as a matter of faith.  The Darwinian-Wallace insights that man shares common ancestries with animals and that our biological legacy stretches back for billions of years revolutionized our view of ourselves and is commonly accepted as fact. Yet who of us have explored fossil beds, studied geology or genetics, understand carbon dating and the other mechanisms of evolution to even verify, no less debate, whether any of this is actually true.  And in our up-to-date contemporary world, there are but a few physicists (our modern High Priests?) who have mastered the arcane language of higher mathematics, who subsequently lord over the sacred knowledge of the Big Bang and the Creation story of the Universe. The majority of us simply nod in quiet acquiescence, too intimidated to even comment on the story’s truth. Even bedrock experiences such as time are conceptualized and experienced differently from place and culture.

The point of the thought exercise is not to discount modern science, or to support any particular cause, but to appreciate how we each participate in a common cultural consciousness, the sharing of world views. And in that common agreement we normally function and operate quite successfully.

Yet, history recounts that for a multiplicity of reasons, the advancement of technologies, the interaction of different cultures, that world views (the consciousness of the group) do change - and with that evolution the potential for dramatic disruption of how we live our lives.

In the past decades many people – both philosophers and simpler men and women – have acknowledged, or at least sensed, with flattening of the world the advent of a pending shift in consciousness -- the coming together of modern world views from many cultures and perspectives.  We have hailed this change as exciting opportunity for understanding and the foundation for a shared global community. Yet, few may have realized how difficult this actual integration would be. What appeared to be a creative challenge has sometimes become confrontation -- and confrontations sometimes violence and war.

In today’s volatile climate, where business and commerce are in such flux there may be much more at play than the typical business cycles.  Our business culture naturally accepts and operates within the core tenets of modern economics with little understanding of how we got there. This works well as long as the dynamic functions successfully, providing reasonable well-being for many of the individuals within the society. But as the core assumptions begin to change, either from technological innovation, the intermixing of cultures, or the inherent unsustainability of the underlying philosophy, we must be able to recognize the signs and signals of a new era.

We have seen this in recent years with the fall of Communism. When enough individuals within the culture decided that central communist control of the economy should end, the world changed in a twinkling of an historic eye.  And today, free market capitalism, tries to reinvent itself due to similar evolutionary pressures and mechanisms.

Are we at the edge of a tectonic shift in how we think and perceive our global economy?  As technology drives us to a more integrated world, are different world views clashing, struggling to find common ground within which to operate? In an era where physical distance succumbs to virtual intimacy and money flows at the speed of light, has the time come to challenge the core invisible assumptions on how we transact business?  With the rise of new economic and cultural powers do we in the West and the East have to rethink the underlying assumptions and values of our business ethos: money, markets, intellectual property, contract law? Does the matrix of contemporary cultures conduct commerce and trade with the same basic principles?  Does the emergence of a common business lingua franca actually cloak vast differences of interpretation?  As a global community emerges what are the new conceptual frameworks within which we will conduct our lives? What are the invisible tenets that bind or separate us?

These questions may no longer be academic. The emergence of new ideas and philosophies, whether a function of free will and spirit or the result of the ticking clock of materialism, are the benchmarks of massive societal change. The fall of communism may not necessarily have been the triumph of capitalism. Perhaps it was the prelude to exposing the self-contradictions and fault-lines of the “invisible hand” of the free-market, when not kept in check by a counter-balancing worldview. In each case, the contradictions within the underlying economic philosophies have created calamitous financial impact on its societies, requiring dramatic rethinking by its leaders on how to move forward.  The rise and leverage of the strong economies of Asia, India, South America and the Middle East add further pressure for our business leaders to fully understand our societal place in this culturally complex context. Failure to do so may lead to a Sisyphusian repetition of an antiquated history and eventual failure. Understanding how our lives -- individually, as groups, and as businesses -- function in an ever changing, multi-cultural landscape will become critical for adaptation and survival.

Businesses, the way we transact our lives, do not survive by standing still. If anything it is business, the ebb and flow of currencies, the interaction of people, the why and way of how goods and services are exchanged that will lead the way -- forging how a new world vision takes shape.

Future successes will be created by those leaders who come to grips with the understanding, empathy and personal transformation that incorporates multiple ways of knowing and multiple aspects of being – a vision that includes parallel and paradoxical truths functioning together harmoniously.

And yet for this goal to be fully realized it must also extend to the community – the group. The group itself – either in appearance or in fact – must likewise act in a self- conscious, self-aware manner - working towards the betterment of the individual as well as the group.

Business is a group activity. Business is how individuals work together to create the means for their own happiness, growth and sustainability. Business shapes the local communities, how they function, and sustain the individuals. Business, through profit, non-profit, or even volunteer activities, affects almost every aspect of our lives. If we are to thrive, locally and globally, businesses must operate in a conscious, self-aware manner.

All non-human groups, from ant colonies, to flocks of geese, to prides of lions, act in a manner that exhibits group intelligence. Each group works, in its way, to sustain itself and the entire species.  As environments change the particular species may or may not adapt and thrive. Humankind demonstrates not only group intelligence but self-awareness when it knowingly adapts, insuring its survivability in a changing environment – in this case an environment altered primarily by its own activities. As businesses are the primary mechanism through which humankind engages in its activities, it is incumbent for these businesses to act in a conscious, manner, demonstrating the awareness of its impact on its individual members and on the changing environments of the world at large.

Conscious awareness in term of business begins with the recognition by individuals within the organization that the business entity is an organism. And every individual in the business group is on a journey of self-awareness, as each might define it. As a result of the individuals’ intent, the organizations themselves are implicitly on a similar journey. Conscious business refers to business organizations in the process of developing effective group intelligence and self awareness. A business organization begins to become conscious as it demonstrates the awareness of how its activities affect the individuals within the business, sustains itself and grows, impacts the larger community, and how it adapts knowingly to changing scenarios.

It is this final characteristic, the ability for businesses to adapt knowingly, based on undistorted or unfiltered feedback, in pursuit of the goal of becoming a conscious business that will be the hallmark of organizational self-awareness.

In the near future, it will be the conscious businesses that will thrive. Their leaders will create new concepts of success and original business models. These business models will no longer blindly seek revenues for profit sake alone. Rather, revenues will support conscious sustainability and growth for the organization, its individuals, and the community.