The Story of Sol

The Story of Sol is based on true events. In 1837 Solica Hachuel, a 17-year old Jewish girl was beheaded in the market square of Fez, Morocco for the crime of apostasy. Though many variations of the details of Solica’s story exist, the basic core of the story remains the same. She was a young Jewish woman who refused to give up her religion and, because of that refusal, was put to death. Subsequently, both Jews and Muslims came to venerate her, as a model of a pious woman, who held fast to her religious principles. Her brother, Ysayar, spent much of the rest of his life promoting interest in her story – and is one of the reasons the events surrounding Solica’s death are so well documented.

The main historical document originates with the retelling by the Spaniard Eugenio Maria Romero. He interviewed her father, brother, and other family members shortly after the event and published the work, El Martirio de la Joven Hachuel, three years after Solica’s death. Portions of the dialogue from this manuscript are incorporated into the script. The primary characters in this script are based on their historical counterparts. 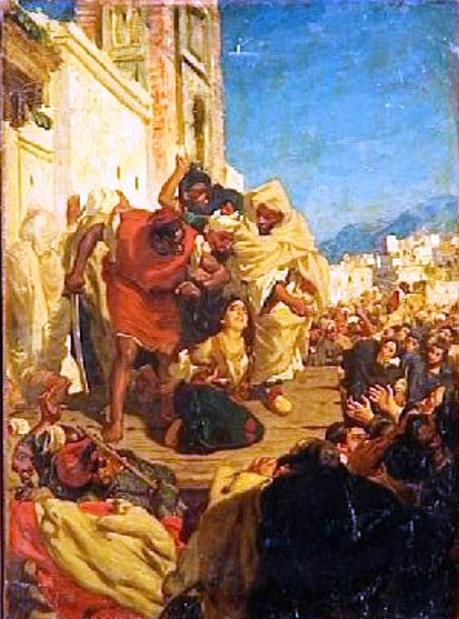